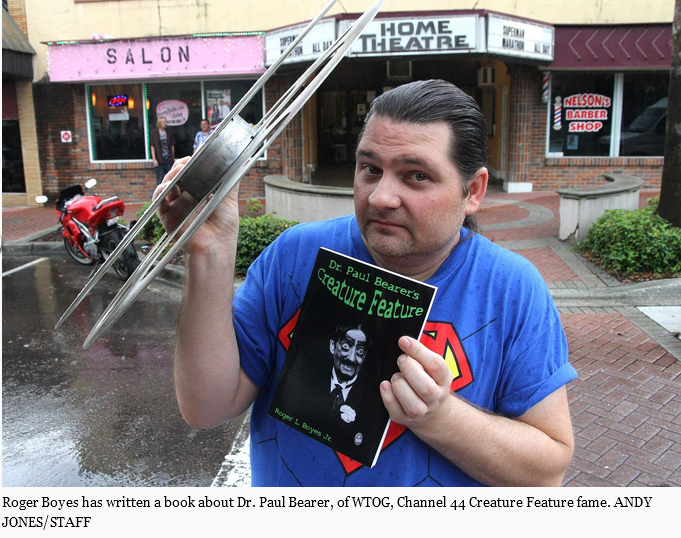 Roger appeared at and helped organize an event for horror host Dr. Paul Bearer called “Bearer-fest” at the Zephyrhills Home Theatre in Zephyrhills, FL. The well attended event enabled fans to gather together in one place and to remember Dick Bennick, watch videos of him, and have books signed. The event went over so well that a follow-up gathering was put on later in the year call “Bearer-fest 2: Bearer-FEAST” where Mr. Boyes again signed books and met with fellow fans.

“Horror Host Spotlight” from Terror from Beyond the Daves!